Bears, Eagles and a new Exhibition, oh my! 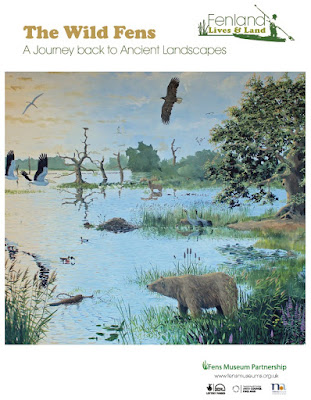 Bored of the Christmas season already? Take some time out from shopping and wrapping to visit the Fens Museum Partnership touring exhibition "Wild Fens" as it visits Whittlesey Museum in December, January and February.

Wild Fens explores the different animals and birds which have lived locally as the fenland ecosystem has changed through time. Put your hands in holes in the replica 'riverbank' to uncover the creatures lurking within or listen to an interactive soundscape of the past (watch out for the wolves!).
Posted by Whittlesey Museum at Tuesday, December 02, 2014 No comments:

Owl Day promises to be a Hoot! 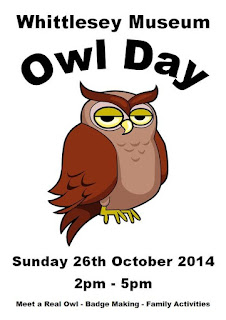 Save the date for Whittlesey Museum Owl Day this half term!

In association with the Fens Museum Partnership, we will be celebrating the unique biodiversity of fenland past and present with a family fun day including a visit from some real live owls.

This will also be a good opportunity to have a look around our newly redisplayed Forge area, if you have not already managed to...

Posted by Whittlesey Museum at Wednesday, October 01, 2014 No comments: 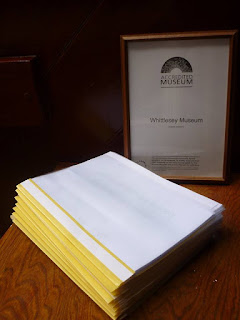 This stack of papers contains some of the policies and plans which Whittlesey Museum has to have in place in order to be awarded the continuing title of an Arts Council Accredited Museum.

Whittlesey Museum was an early subscriber to the original "Registered Museum" scheme for ensuring consistent high standards across the country's museums and has been an Accredited Museum since shortly after that successor system was created - adding up to well over twenty years of official oversight.

Accredited Museum status means that the museum subscribes to a particular set of professional ethics - in particular around the acquisition and disposal of objects - and has a committment to good practice in organisational health, collections care and visitor experience.

The latest renewal of the Museum Accreditation is due for submission in October in time for review during Summer 2015 - museum staff and volunteers have been working hard this month to get everything ready to send off!
Posted by Whittlesey Museum at Wednesday, September 17, 2014 No comments: 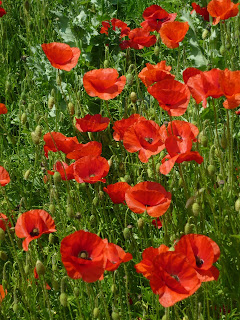 Today marks the 100th anniversary of the first local man to die as a result of World War One - Arthur C. Rawson of Whittlesey. Arthur was accidentally killed by his gun on 9th August 1914, age 25. He is buried in Whittlesey Cemetery.

To commemorate the world-changing events of World War One, Whittlesey Museum has set up a Twitter feed using Roll of Honour and war memorial details which will tweet a personal "Lest We Forget" message for every local soldier killed during the conflict on the 100th anniversary of the day that he died.
This can be followed at https://twitter.com/WhittleseyWW1

Room 1 of the museum has also been dedicated to a display of photographs and items relating to World War One, in particular excerpts from letters sent home from the Front by local men and the letters which their loved ones wrote to them in return, now part of the museum collection.
Posted by Whittlesey Museum at Saturday, August 09, 2014 No comments:

Circuit of the Fens Cycle Day


An exciting day was had at the Museum this Sunday as the Circuit of the Fens cycle event went right past the door as part of the inter-village route.

Interest was at a high following the 101st Tour de France' visit to Cambridge a few weeks ago and the town centre was busy with stalls, racers, supporters and live music.
Posted by Whittlesey Museum at Sunday, July 27, 2014 No comments:

HELP WHITTLESEY MUSEUM - VOTE FOR US!

Whittlesey Museum has been selected as a deserving local charity to be included in a contest being run by the Norwich and Peterborough Building Society.

For two weeks starting on Friday 6th June, the public are invited to go to the Whittlesey branch of the Norwich and Peterborough and cast their vote for which of three charities they would like to see win the top prize of £500. Each person may cast one vote per day, so please remember to pop in if you are in town and walking past the Building Society- £500 would make a big difference to the museum.
Posted by Whittlesey Museum at Wednesday, June 04, 2014 No comments:

As the first stage of redecorating and redisplaying the replica blacksmith's forge at Whittlesey Museum, the large church clock mechanism which had been stored in that room has had to be moved out.

The mechanism was used to power the clock on the tower of St Mary's church in Whittlesey - which can be seen from the museum yard - and was also installed in the church at Coates before ending up in the Museum collection.

The church clock mechanism will now have a permanent home in a newly-constructed "clock shed". The clock frame is so heavy and large that it had to be dismantled to be moved and the new shed built around it, with the heavy cogs replaced inside once it was all ready.
Posted by Whittlesey Museum at Wednesday, May 28, 2014 No comments: 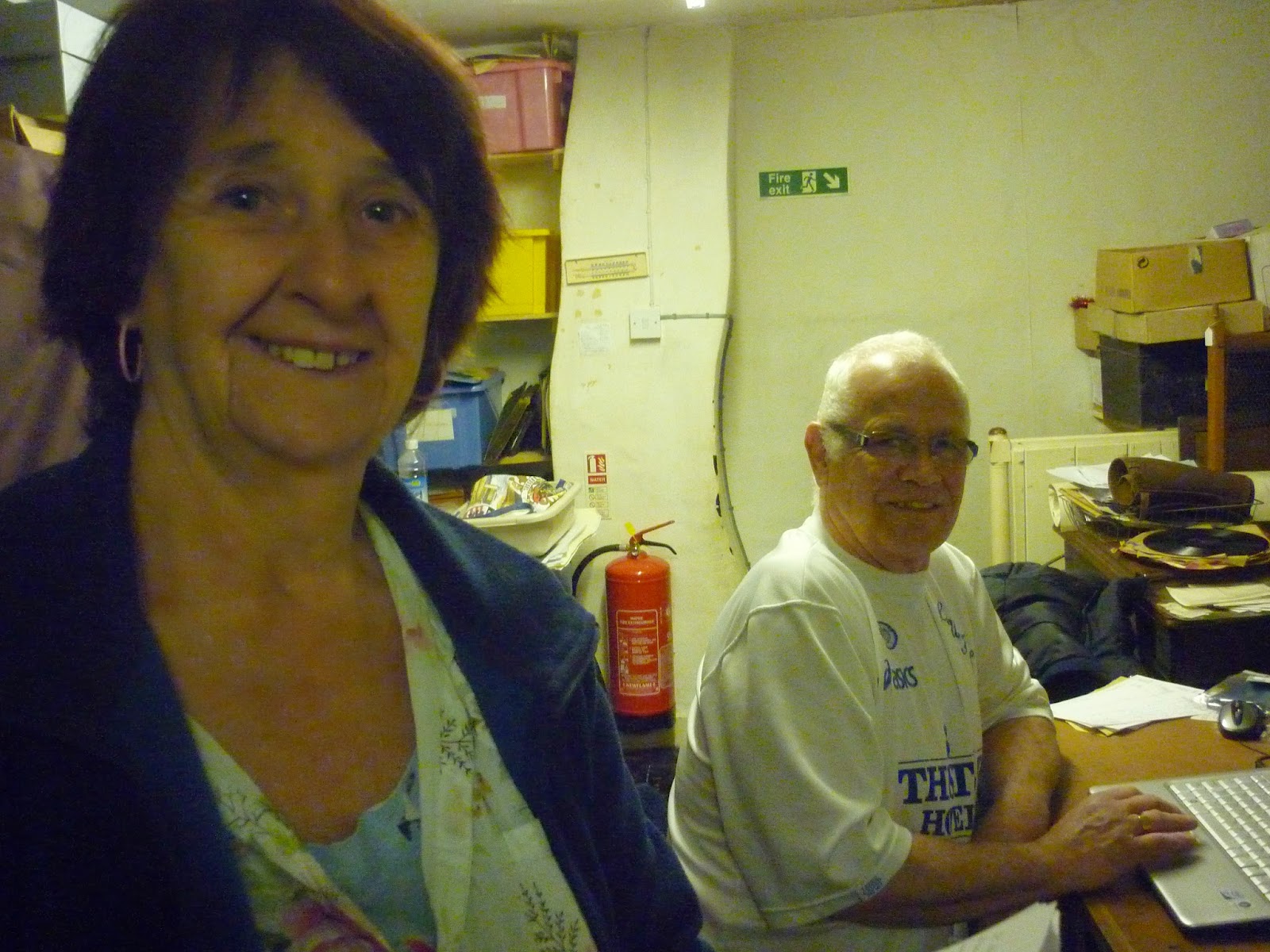 During the seven day #MuseumWeek, more than 350 museums, galleries and cultural institutions from across the UK as well as similar organisations from France, Spain and Italy will be tweeting every day to the same hashtags to create a shared museum conversation.

Each day has a different topic to discuss, designed to help readers get "behind the scenes in 140 character bursts". Some of these topics include #MuseumMastermind, in which museums will quiz their followers on their collection knowledge, #AskTheCurator which encourages questions to flow in the other direction and even posting #MuseumSelfies! Whittlesey museum volunteers have already been getting busy posing for theirs....

More information can be found on https://discover.twitter.com/arts/museumweek and by following @WhittleseyMuseu.
Posted by Whittlesey Museum at Wednesday, March 19, 2014 No comments:


Museum Curator Alex Pearman bid farewell to Whittlesey as of the beginning of March, regretfully giving up his post in preparation for a move abroad. As he left, Alex expressed his grateful appreciation for all the help and support that had been shown him during his previous 18 months at the museum - during which he had made particular progress with museum processes and organisation of the store as well as putting on a successful exhibition about 'the Spike', Whittlesey's old workhouse.

The incoming Curator is Jennifer Barback, who will also be continuing to work part-time at the Fitzwilliam Museum in Cambridge where she specialises in documentation. Jennifer has already worked in the museum world for nearly 8 years after completing a first degree in Archaeology and Anthropology at Durham University in 2002. She has also studied Heritage Management and is an associate member of the professional body for museum workers.

Jennifer says "Ever since my Year 10 work experience many years ago, it has been my ambition to work in a folk museum like Whittlesey - I'm really pleased to have the opportunity to join the team and look forward to some exciting times ahead."
Posted by Whittlesey Museum at Saturday, March 01, 2014 No comments: